A Few Things You Should Know For Thanksgiving Plus a Bonus

No, that’s not LA Times, it’s LA Time… funny how just one letter can make the difference, right? This is the time I was in LA this past September for my son’s 30th birthday.

We surprised him. He had no idea that his two sisters, Rita and Jessica and his momma were coming. Can you tell? 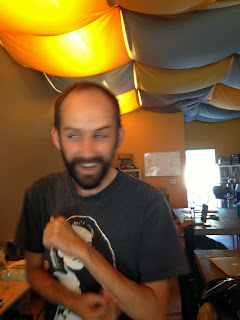 
It took him a while for the realization to sink in that we were going to be bombarding him for a week. I kept a journal for him and gave it to him after I got back and pasted all the goodies in it. I’ll see if I can condense it. I wrote close to 80 pages. Egads, I can ramble.

The first morning we walked to Venice Grind—a coffee house Casey frequents to do his daily drawings and writing. 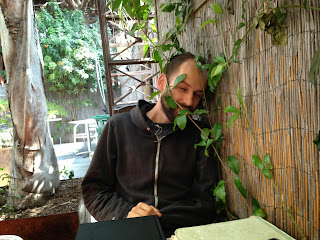 I was trying to be artsy with my camera and I told Casey to get entangled in the vines.
He was such a good sport to humor me.
We took a trip downtown—took the train, went to Grand Park, walked downtown. 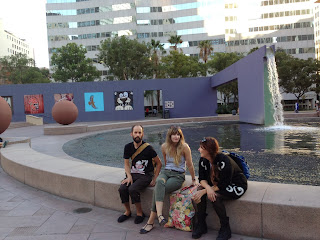 Casey, Jessica and Rita - "Oh Mom do you have to take another picture. 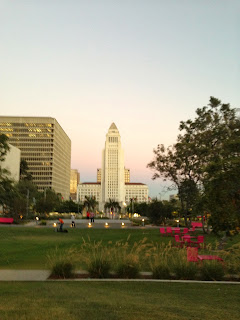 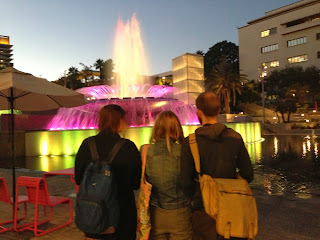 Rita, Jessica, Casey - They thought if they had their back to me, I wouldn't snap a picture. 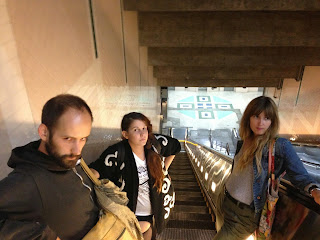 Casey, Rita and Jessica - Can you see the excitement of yet another picture?

We made cupcakes for Casey’s birthday that look like him. 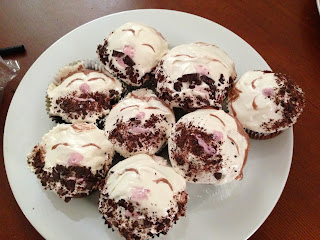 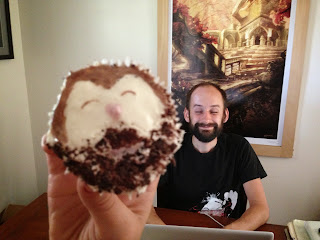 These cupcakes got devoured along with the gooey butter cake. We shared with Casey's students
and with the folks at Glitch City.
On his birthday we went to Tescayloa Canyon and took a hike. Nearly killed me, but it was worth the struggle. It was beautiful. I didn't have my camera for the canyon. But here are a few shots of Casey on this 30th. 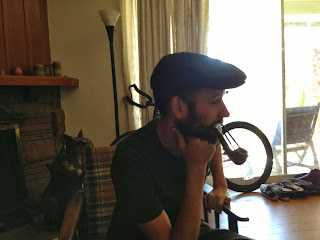 Casey on his birthday 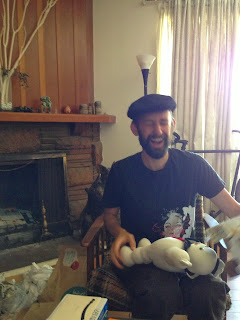 Casey cracking up seeing the gift Rita gave him. Marshmellow guy from Ghostbusters.
When Casey was little, he LOVED Ghostbusters.

We went to Venice one day. Hung out at Cow’s End until the sun was setting. We then walked the pier. We tried to reach the water’s edge before the sun went completely down, but I went down instead. Tripped, and in slow motion I fell flat in the sand. Casey hollered, “Mom down!” We missed getting to the edge, but I snapped a photo for the boy who helped his mother rather than leaving me behind. 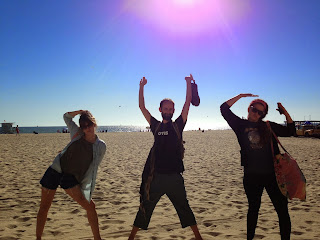 Jessica, Casey, Rita - finally they cooperated a bit with the camera. 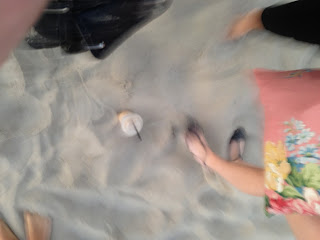 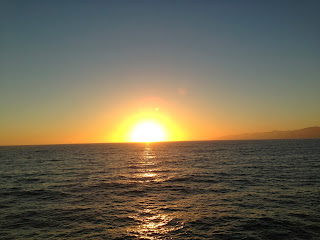 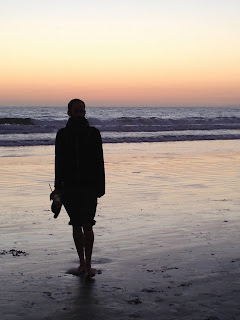 One evening, we went to Glitch City. A community space that my son and several other young men share… where they work on their future games. On certain Wednesday’s it’s game night. Open to the public. Everyone comes to play board games or video games. This evening two young gentlemen were trying out a new game and they needed 10 participants. I was one. Two people were vampires and eight were humans. No one knew who was who but the idea was if you were a vampire you wanted to infect the humans. If you were human, you wanted to gain points. In both instances, you “touched” someone. Long story, but I was a vampire. I convinced my daughter Jessica that I was human and then she did the rest… started infecting others, convincing them that positively she was safe because her momma wouldn’t lie to her. Bah. Lying was kind of what the game was all about… so the winner was whatever human received the most points (for every touch) or if the vampires were able to infect everyone. Eight out of ten became infected (not bad—thanks Jessica!), but some little human won! However, it was fun. Although the rest of the evening Jessica snarled at me like a vampire.

On another night we went to Otis College of Art & Design, where my son attended college and where he now teaches. It was open figure drawing. I never did this before. I have very little experience drawing, so trust me when I say I was completely intimated with all these fantastic artists. I’d look around and be floored by the talent. I gave it my best shot and had a fabulous time. 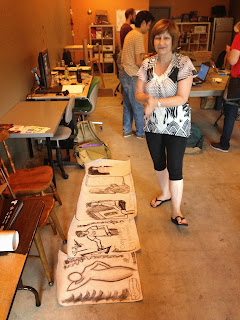 There I am with my figure drawings at Glitch
One night at Glitch City was “show and tell.” These young men hold themselves accountable by giving a five-minute presentation on what they accomplished for the week. Casey’s family was invited to join in so I presented my figure drawings. Let me tell you that was bold on my account and everyone there was way kind. I was blown away by seeing all the things these young men created. OMG.

We hit a lot of different eating establishments, went to a farmers market, and hung out together. It was a good time and I hope Casey will have fond memories of his 30th. I know I did. 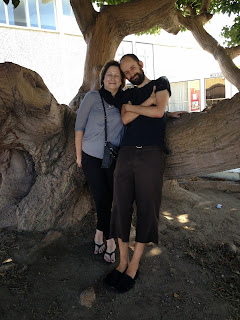 Mom and Casey the day we left. 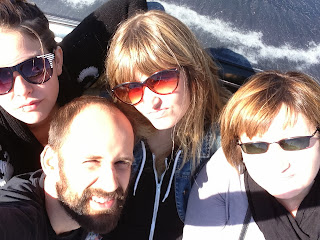 All of us the day we left. 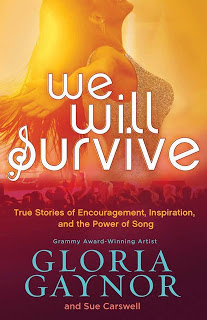 For all you Kindle lovers out there, this month is your opportunity to get We Will Survive in your hot little hands. The book isn’t going to be released until December 1, 2013, but Amazon decided to start a new program by selecting four books each month for early release. Gloria Gaynor’s We Will Survive was the only non-fiction book chosen. You can get We Will Survive on Kindle First for $1.99 or if you are already a preferred member, you can get it free.

But don’t worry – all you folks who love to physically handle a book or if you don’t have a Kindle, you can still purchase a paper copy. You can pre-order or you can come to a book signing on Saturday, December 7, 1-3 at Barnes & Noble  at 320 Mid River Center Drive in St. Peters, MO.

No, Gloria won’t be there, but four local writers (myself included) will be there. Yes, four of us (out of 40 from all over the world) have stories in this book. I think that says something for us Midwest writers… either that or we love the power of song and we know how to dig in our heels and survive… all kinds of situations.

Mark your calendars now as December is a busy time… and say hello to Cathi LaMarche, Alice Muschany, Linda O’Connell and me!
Posted by Lynn at 12:36 PM 9 comments: