During this lesson, we had Princess Flame (aka Logan) and her sister, Princess Dragonfly (aka Macy). Princess Frost was unable to make this lesson (sad face), but all three will be there for Lesson Three. 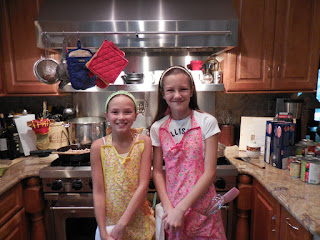 I got this recipe for lasagna from my younger sister Ruth, who got it from someone she knew who got it from her grandmother who is from Italy. So there. I think I have that right.

Again, we planned the time of when we wanted everything to be finished and worked our way through the day. Because I'm limited on the number of pots and pans I have, we decided we'd cook our lasagna noodles while we browned the ground beef and sausage. 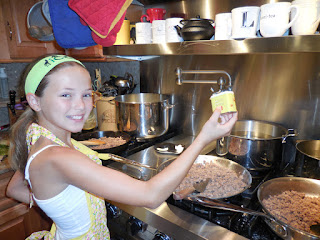 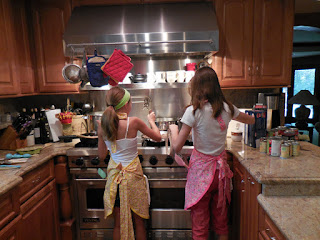 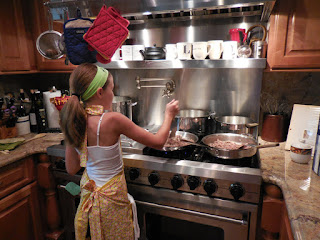 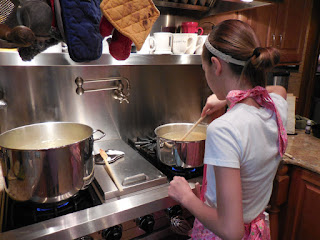 This way, after the noodles were finished, we could start on the sauce. Yes, the sauce was made from scratch... no Ragu going on here. They used tomato paste, sauce, tomatoes, oregano, basil from the garden, bay leaves, salt, pepper and some sugar. 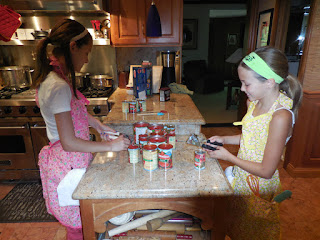 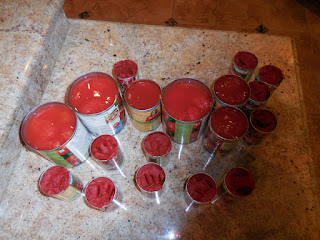 Then they simmered their sauce... 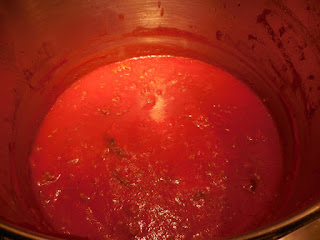 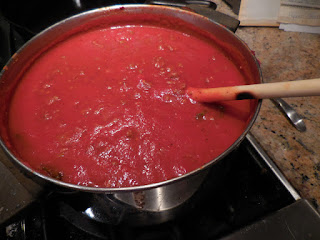 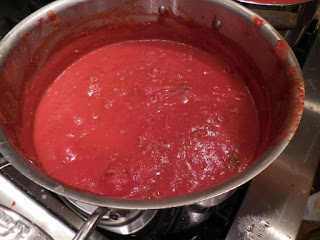 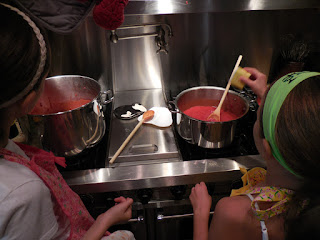 While that was cooking, they made some chocolate mug cakes. 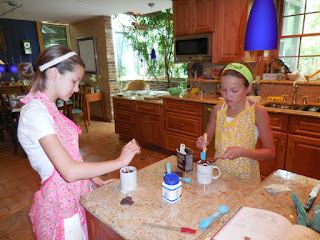 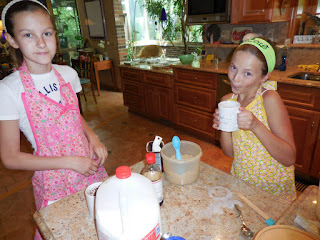 Then they grated parmesan. 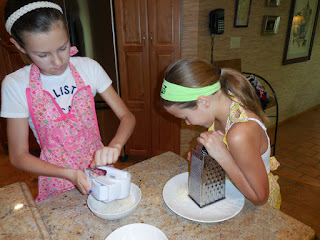 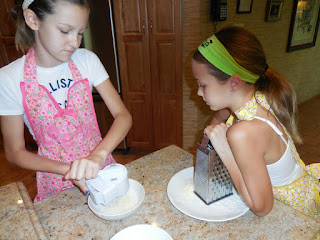 And mixed the ricotta with egg. 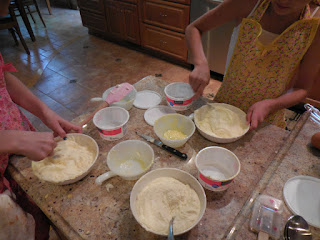 They layered the lasagna. 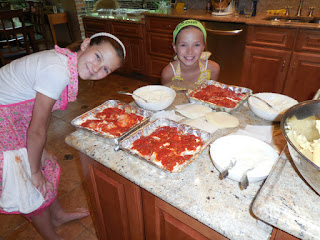 While baking they found time to work on the puzzle. 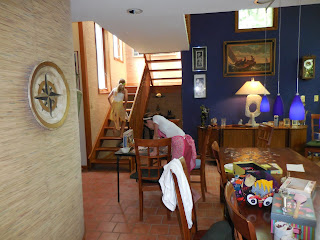 And their finished lasagna! 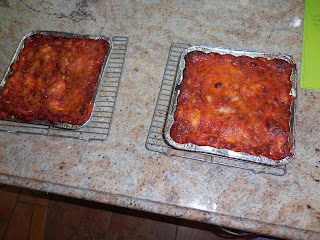 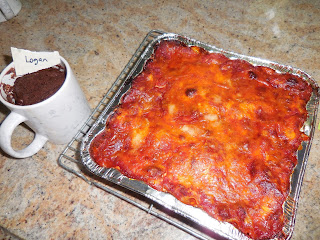 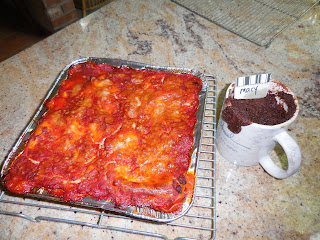 Cooking lesson three will be pot roast and scalloped potatoes... and perhaps some dessert too!