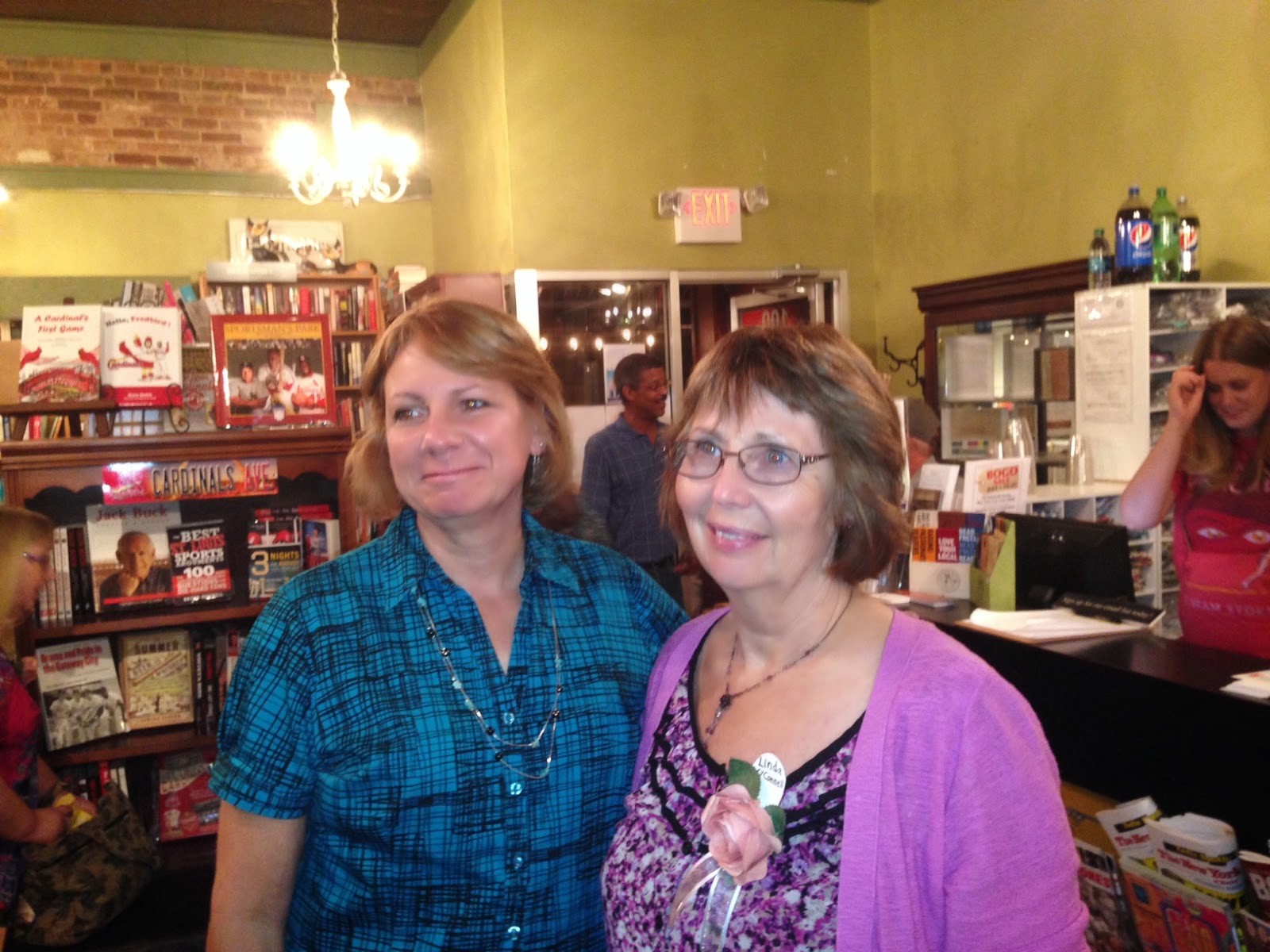 The book launch/signing/reading took place (7/15) at STL Books in Kirkwood, where owner, Robin Theiss talked about her store—a huge supporter of St. Louis writers and anything St. Louis, along with used, new and rare books. She introduced John Heithaus from Family Resource Center. Ten percent of all sales that evening were donated to Family Resource Center, an organization for abused and neglected children.

In addition to the local contributors, there were other local writers giving their support (Kim Lehnhoff, Teri Sanders, Lou Turner to name a few). I was happy to see my friend, Nancy. Her son recently opened a pharmacy in Kirkwood. My sister Sue and my two daughters, Jessica and Rita dropped in. I have such a good supportive family… as my cousin, Linda also stopped by.

Turns out, my sister Sue went to grade school with John (Family Resource Center) and after speaking with him, I realized he taught a PSR class one summer that my BFF and I attended. Small world.

That world got smaller when I realized Linda’s sister, Janice, used to work with Donna (contributor). Donna is also a great aunt to my daughter Rita’s boyfriend. Just goes to show, everyone seems to have some sort of connection with someone.

Linda, Dianna and Robin (along with other ‘behind the scene’ helpers) outdid themselves with tons of treats to eat and drink, and attendance prizes. Funny stories were shared and the event was a big success.

Be sure to stop in at STL Books anytime you’re in Kirkwood. If you have some spare change you’d like to donate, I’m sure Family Resource Center would love it if you helped their worthy cause. 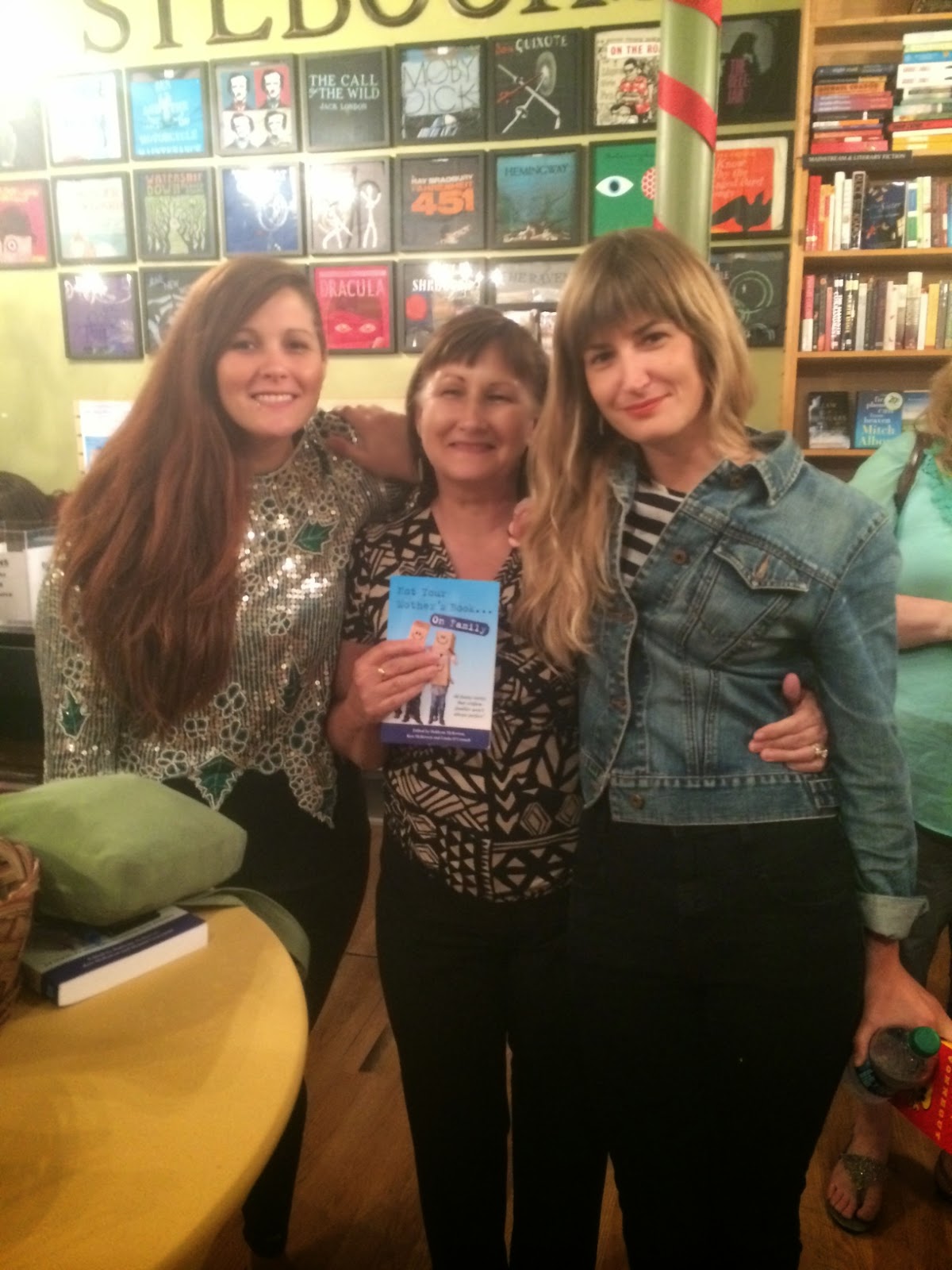 Here I am in the middle of my two daughters (Left: Rita, Right: Jessica)
Posted by Lynn at 7:09 AM